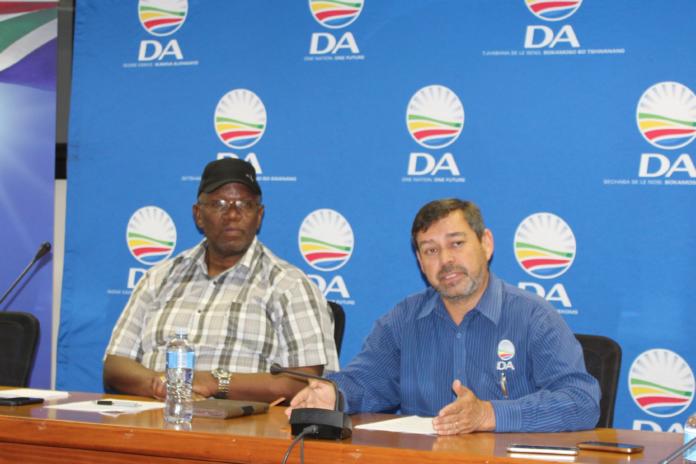 The Democratic Alliance Free State has presented an alternative State of the Province Address (Sopa) in Bloemfontein on Monday. This was just a day before the actual Sopa would be presented by Premier Sisi Ntombela on Tuesday.

According to DA Leader in the Provincial Legislature, Roy Jankielsohn, the leading party has had enough chances to prove itself. “The ANC has had an opportunity in the Free State for many years to change people’s lives and this opportunity has been wasted,” he said. Jankielsohn was joined by DA Member of Legislature, James Letuka, in the absence of Premier Candidate Patricia Kopane.

The party touched on issues in various departments including Health, Agriculture, Education and Mining. “I must mention that our Premier Candidate has travelled the lengths and breadths of the Free State. She has not been idle. She has visited various places where she has actually experienced first-hand the things in her statement,” said Jankielsohn. “These are from residents of the Free State not just from talking to officials but talking to ordinary people at clinics, schools and small businesses,” he elaborated.

Jankielsohn expressed that the local economy needs more support. “We need to empower people to become a part of the formal economy, especially people from small businesses. Then we also have to deal with the larger economic sectors in the province such as tourism since we have a lot of potential there,” stated Jankielsohn.

He also mentioned that there is untapped potential in the mining industry despite the closure of mines in recent times. “We have seen a decline in the mining sector but we do believe that with the expertise we have in the Free State we can create an industrial engineering hub where expertise can be exported to other parts of the country.” – Nomaqhawe Mtebele
nomaqhawe@mahareng.co.za