He was speaking during a media briefing in Bloemfontein this morning. These affiliates say they will continue campaigning for the special conference and use all constitutional and legal means. Numsa’s Andile Zitho explains.

“Also the setting of dates for the planned court case against Vavi, we think that it is more that people are made to believe. The charges against comrade Vavi, are the charges that are manufactured to make sure that people get rid of him as they are in transit Cosatu to make it to parliament,” he says.

Zitho says the march opposing the employment tax incentive act that was scheduled this month on the 26 is postponed due the application processes and will now occur on the 19 of March. 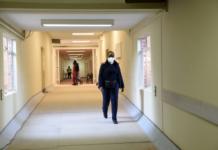