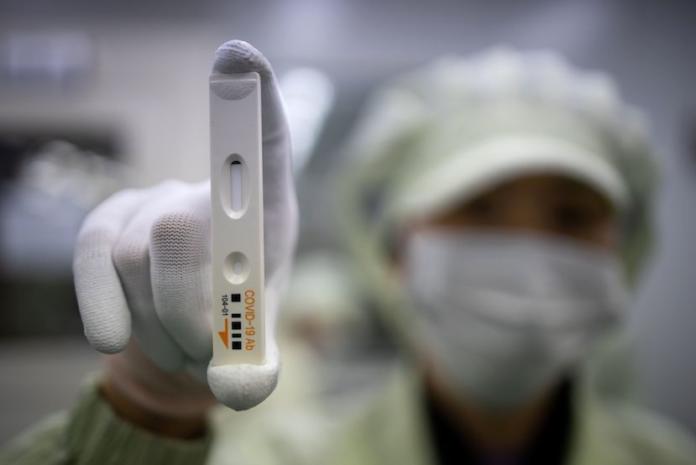 At least ten more officials, including healthcare personnel at a Free State hospital, are said to have tested positive for the novel coronavirus.

OFM News reports that the Department of Health revealed on Tuesday night that two doctors, five nurses, one administrative official and two clinical support tested positive for Covid-19 at the Boitumelong Hospital in Kroonstad.

The department initially said four nurses tested positive for the virus but later on its Twitter platform updated the number of nurses infected by Covid-19 to five. The department says it responded swiftly to the situation with contact tracing, quarantining those who tested positive and a decontamination process. This comes as the number of active cases now stands at 347 after 222 Covid-19 patients recovered, with 9 confirmed deaths from 578 reported cases.

OFM News’ Olebogeng Motse earlier reported that the management of the Mofumahadi Manapo Mopeli Hospital in Phuthaditjhaba in Qwaqwa is again facing heat from labour unions, with the Health and Other Services Personnel Trade Union of SA (Hospersa) now calling for the immediate removal of the Chief Executive Officer (CEO).

Motse further reports that the union, led by its provincial secretary, André Harmse, alleges the hospital has not procured the required personal protective equipment for staff nor abided by any of the health and safety regulations.

OFM News previously reported that the hospital was forced to cancel its visiting hours with immediate effect following a reported case of Covid-19.

Meanwhile, Health Minister Zweli Mkhize on Tuesday night announced that 76 334 people have been confirmed positive for the virus. Mkhize also announced that a total number of 1625 patients have now passed away due to Covid-19 and 42 063 patients have thus far recovered.

The National Institute of Communicable Diseases (NICD) also last night revealed that a total of 23 580 Covid-19 tests were conducted in the previous 24 hours. The institute further adds that there are 2810 new cases of the virus across the country. “Regrettably, we report  57 more Covid-19 related deaths; 44 from the Western Cape, 9 from the Eastern Cape and 4 from KwaZulu-Natal. We send our deepest condolences,” the NICD added.

Two sentenced for the murder of their grandparents