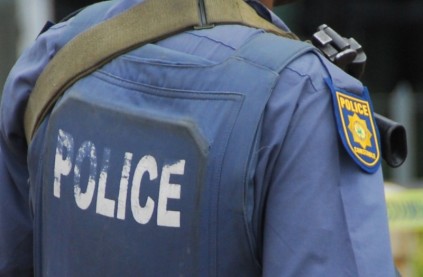 The Batho police station in Bloemfontein has been shut down until further notice after one of the police officials stationed there tested positive for Covid-19.

OFM News reports that the National Police spokesperson, Vishnu Naidoo, says the building has been closed for decontamination and will be reopened as soon as it is declared safe to do so.

Naidoo assures the Batho township community that they will still be able to access police services. The community service centre will now be operating from the Batho Community Hall, which is located right across closed police station. Naidoo says should community members wish to report any emergencies or complaints they should call 10111 because the phone lines in the station are not operating at present. He says these emergencies will be attended to by other members in the Mangaung cluster, specifically in the operational command centre.

According to statistics released by the Minister of Health, Zweli Mkhize, the Free State has 44 active cases – the bulk of which are in the Mangaung Metro area. On Tuesday, Premier Sisi Ntombela held a media briefing assuring the public that most of the districts in the province are ready and well-equipped to move down to lockdown level 3 by the end of May. The Free State Provincial Government’s Director-General, Kopung Ralikontsane, added after the briefing that Mangaung might remain at level 4 at first. The final announcements will be done by president Cyril Ramaphosa at a later stage.

Ntombela says the provincial Health Department has to date screened at least 1 352 787 people, which constitutes to 40% of the entire Free State population. She also added that a total of ten state-owned and 15 privately owned facilities in the province are ready for use as quarantine facilities. She says these facilities have 1 700 beds available. Included amongst these facilities are the Phillip Sanders Resort and Transnet Lodge in the Mangaung District, the Willem Pretorius Resort in the Lejweleputswa District, as well as the Seekoevlei and Sterkfontein Resorts in the Thabo Mofutsanyane District.