Nine people have died as a result of an accident this morning when a passenger bus overturned near Alma Road, Welkom.

It is alleged that the driver of an Intercape bus, which was travelling from Durban to Upington via Bloemfontein, lost control and it overturned at about 03:30 this morning at a circle in Alma Road just outside Welkom. 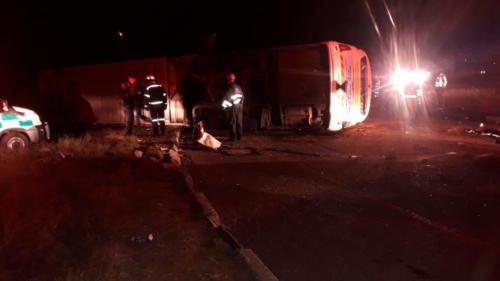 The FS Health Department reported that 9 people have died, and 46 have been injured, adding that the bus driver (32) hanged himself. Patients were transported to Bongani Hospital, St Helena, Mediclinic Welkom and Thusanong Hospital. 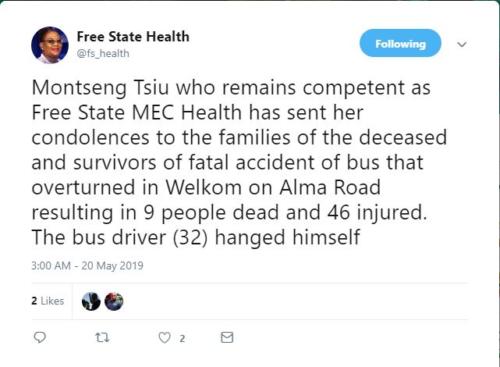 Police added that seven people died at the scene, while the eighth, who is believed to be the bus driver, was found hanging from a tree not far from the scene. The names of the deceased will only be released once their next of kin have been informed.