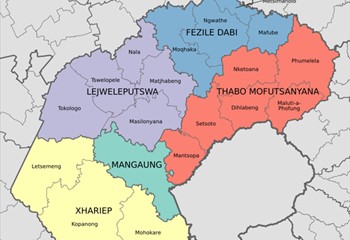 These are among the 55 municipalities where the national department of Cooperative Governance and Traditional Affairs (Cogta) minister, Zweli Mkhize, has dispatched a technical support team of engineers, town planners, and provincial managers. This, as municipalities in this province continue to be plagued by high vacancy rates in senior management positions, maladministration, as well as the inability to collect revenue, among other issues. According to the recent Auditor-General’s report, municipalities in the province, all require urgent intervention and are counted among the top 10 municipalities with high irregular expenditure.

Municipalities in the province owe water boards and Eskom billions. They currently make up 40% of Eskom debt, which is the highest amount across the country owed by a province’s municipalities.

In his report on the Municipal Recovery Programme, Mkhize confirms that only seven percent of the municipalities countrywide remain functional and that the deployment of technical experts from the Municipal Infrastructure Support Agent is an essential intervention towards improving the maintenance and supply of infrastructure as well as other services.

Teen (14) among women rescued from brothel in Bfn