Construction on the Bloemfontein City Hall, that was restarted earlier this year, is now in full swing.

Bloemfontein Courant went on a walkabout of the site this morning with Mangaung Metro Municipality spokesperson, Qondile Khedama, who stated that some materials for the renovation had to be imported. 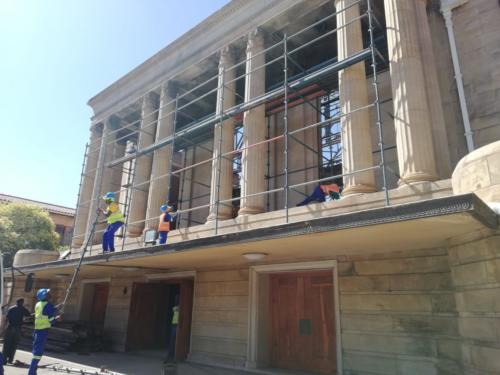 The City Hall was gutted by a fire in 2017 after a contentious municipal workers strike.

According to Khedama the construction process is going smoothly with an expected completion date of December 2019. 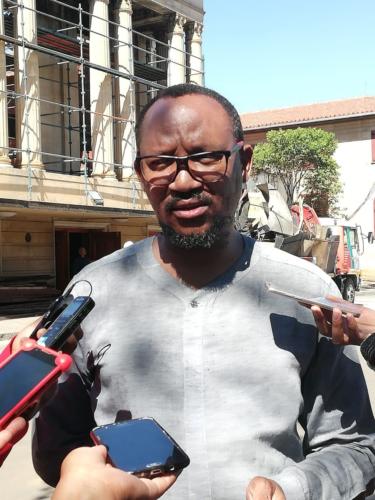 “The project leaders will be able to finish in time. I am sure that in the next month or two the Executive Mayor will come here and give an update of the progress,” said Khedama.

He also stated that material from out of the country would be needed to refurbish the hall to its previous state. “The most critical thing that was needed for the building was material from other countries. The project leaders wanted to restore the building to what it was – from the wood to the roofing. Fortunately they got the same roofing from Italy and it has arrived,” explained Khedama. – Nomaqhawe Mtebele
nomaqhawe@mahareng.co.za