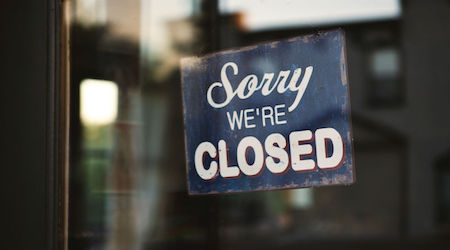 Businesses have shut their doors in the town of Senekal in the eastern Free State ahead of the much-anticipated court appearance of two men accused of killing farm manager Brendin Horner on Friday.

The EFF, led by their party leader Julius Malema, is attending the court appearance of Sekwetje Mahlamba (32) and Sekola Matlaletsa (44). Businesses ranging from franchises to local businesses have all closed their doors for business on Friday, reports OFM News.

This follows tough talk in the media during the course of last week, ahead of the two suspects’ court appearance following the public violence that erupted at the Senekal Magistrate’s Court on Tuesday last week. Many EFF and Afriforum members have descended on the area of Senekal to make their presence known.

Provincial police previously told OFM News that the case would be moved to the Paul Roux Magistrate’s Court but as public interest increased that decision appears to have been reversed.

Malema, his deputy president Floyd Shivambu, and Secretary-General (SG) Marshall Dlamini are inside court 17 A to attend the court proceedings which are expected to get underway shortly.

OFM News’ team reports there is a heavy police presence in and around the Magistrate’s Court premises. The notable presence of the South African Police Services includes the Tactical Response Team and Public Order Policing. There is also a heavy presence of traffic officials.

On Wednesday 7 October, Malema tweeted that “all ground forces and peace-loving South Africans will be in attendance, in defence of our democracy and property”. His tweet comes a day after a SAPS police van was allegedly set alight by irate protesters in Senekal on Tuesday following a commotion between them and SAPS members. Malema, in his tweet, further accused President Cyril Ramaphosa of being “extremely scared to respond decisively”.

Subsequent to the violence, Police Minister Bheki Cele and Justice Minister Ronald Lamola condemned the burning of a police van and the damage to court property by angry protesters who stormed the premises in pursuit of the two suspected murderers.

On Tuesday, in an interview with the Civil Rights Organisation AfriForum’s Ernest Roets, he said the farmers have had enough of farm murders and the slacking of government’s efforts to quell these murders across the country. He told OFM News the people are angry and very sad at the same time because they regard what happened to the slain 21-year-old farm manager, Horner, as something that might happen to them.