Busamed Bram Fischer International Airport Hospital’s first bundle of joy was born on 23 April 2018. His cries were the first heard in the maternity ward after the hospital officially opened on 5 February 2018.
A healthy baby boy, Emmanuel Akachukwu Sera, weighing 3.1 kg was born at 10:17. Baby Emmanuel was given the special name Moses by his big brother Joseph Sera (9), because he is seen as a gift to the family.
Jacqueline Sera, mother of the baby, started having labour pains on Sunday morning, 22 April, and phoned the clinic sister where she had her check-ups. “We panicked because I was 36 weeks pregnant and had not yet booked a bed at any hospital,” said Sera. When the clinic sister advised her to go to Busamed Hospital, it was the first time she had heard of the hospital.
Emmanuel, being the first baby born at the new hospital, received a lot of love and special care. “My baby is fine and healthy, thanks to Busamed staff,” said Sera. At the official launch of the new Busamed Bram Fischer International Airport Hospital that took place on Friday, 4 May, baby Emmanuel stole the limelight as everyone wanted a glimpse of Busamed’s first ever baby. Free State Premier, Sefora Sonia Ntombela, was among the guests and couldn’t get enough of Emmanuel.
The Sera family originate from Botswana but have been living in the City of Roses for a while now. They are happy that their baby boy could be the first ever baby born at Busamed Hospital. 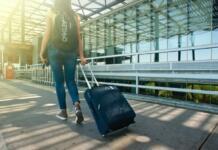 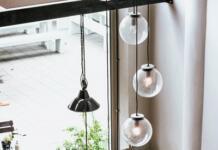