"The next person to be taken to the International Criminal Court (ICC) will be another African leader. Why should South Africa be part of a court that is selective? The recent developments of targeting African leaders as opposed to all are suspicious. We must consider withdrawing from the ICC as it is not serving its purpose."
These were the words of Free State Provincial Secretary, William Bulwane, at a press briefing in Bloemfontein before going to the National General Council (NGC) in Midrand, Johannesburg. Bulwane announced to the media this resolution would be taken to the NGC that was to be held this month.
Bulwane emphasised that the ICC is a very critical issue. He said the intention of being part of it was making sure that democratic government was entrenched in the world. "We joined as a country because we wanted to see justice around Africa and the world. We thought the court was for anyone who could have been guilty of committing any atrocities, as no one is above the law."
Bulwane made it clear that they were not in support of what Sudanese President Omar al-Bashir did, but weren't happy with how the matter was handled. This after the South African government had failed to arrest Al-Bashir during the African Union summit in Johannesburg by ignoring a High Court order prohibiting his departure.
Following Al-Bashir's indictment for crimes against humanity and genocide committed in Darfur, Sudan, between 2003 and 2005, the ICC issued warrants of arrest for Al-Bashir in 2009 and 2010. "Let's rather strengthen the human rights court in Zambia that will deal with proper human rights issues relevant to Africans. It is time we establish our own ICC. We don't need someone from outside making decisions on our behalf. America is not even a member of the ICC," affirmed Bulwane.
Meanwhile, political analyst André Duvenhage said this decision proved that the ANC was aligning itself with progressive forces. Duvenhage said it is evident the ANC is aligning with countries such as Russia, China, Cuba and Iran, among others, that don't have human rights track records. According to him, it reflects negatively on South Africa's international trade relations.
"It will be interesting to see how this decision outplays within the African continent, because it is clear that we are supporting Omar al-Bashir. We know that, according to records, he was responsible for many killings throughout Africa over a long period of time. South Africa is presenting itself very highly on the criteria of human rights and democracy and in that sense needs to be affiliated to the ICC and other institutions. I don't think we can compare ourselves to the United States of America.
"Many African countries are not in a strong position to deal with socio-economic, poverty and financial issues. We need finances, logistical support and infrastructure, which I am not sure Zambia has the capacity to deal with. There are big divisions on the African continent (which is a conflicting environment) and it would be difficult to deal with these conflicts among ourselves," said Duvenhage.
The ICC was founded in 2002. It is an independent judicial body that challenges international crimes – genocide, war crimes and crimes against humanity. It sits in The Hague, Netherlands, and has 123 states as members. There are 34 countries from Africa, 19 from Asia-Pacific states, 18 from Eastern Europe, 27 from Latin American and Caribbean States and 25 are from Western European and other states.
It has been reported that since its creation, the ICC has publicly issued warrants for 36 people and the list is allegedly notably non-diverse; all but one (former Ivorian first lady Simone Gbagbo) are African men. – Refilwe Gaeswe
refilwe@centralmediagroup.co.za 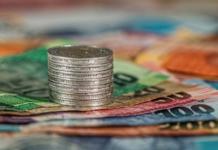 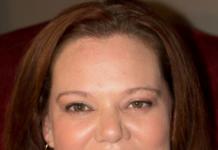