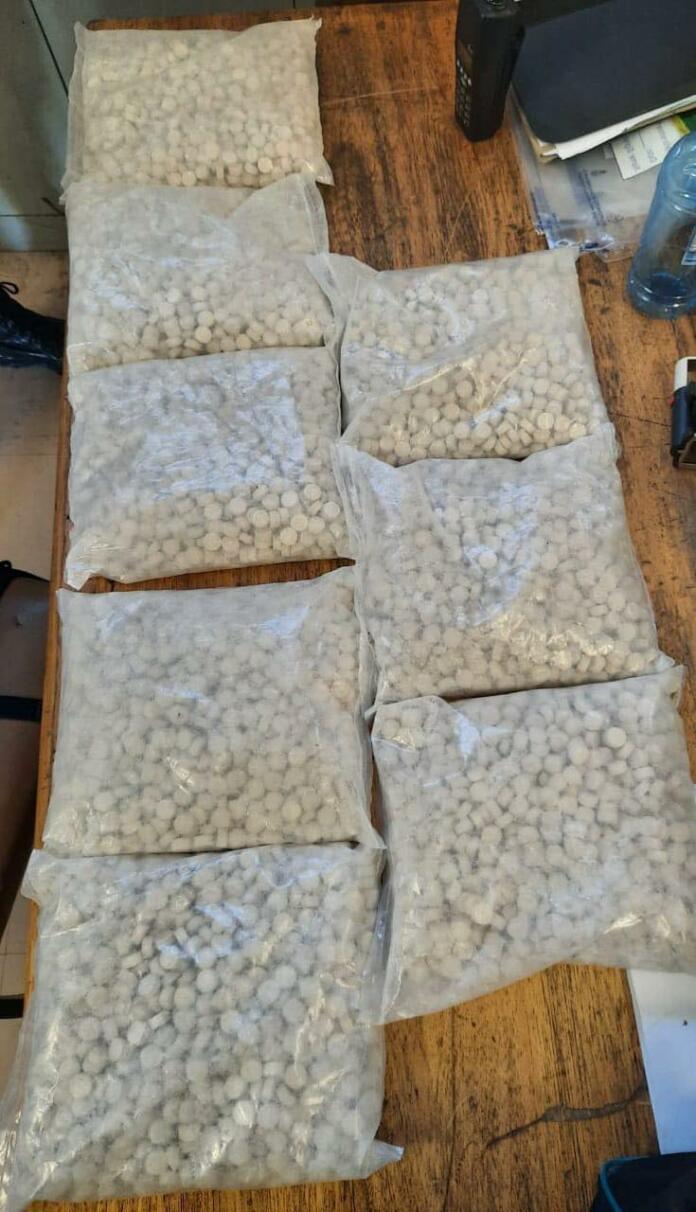 Two brothers were placed under arrest this weekend after members of the Bloemfontein Flying Squad and the K9 unit received information about drugs that were being delivered to Peter Ewertse Street in Heidedal on Saturday, 26 March 2022.

The team arrived at the residential premises at around 09:20 where they found two brothers inside the house. Police members then asked for permission to search the house, which was granted.

After conducting a search in the presence of the suspects, aged 32 and 38, two carry bags were found hidden in the house. A total of eight sealed transparent plastic bags containing 1000 mandrax tablets were found inside the carry bags. The estimated street value of the drugs is R640 000

A case docket for possession and dealing in drugs was opened at the Heidedal Police Station. The two suspects were detained in police custody. They will appear in Bloemfontein Magistrate’s Court today.