After much speculation, Grey College has announced that Braam van Wyk will be stepping in as their new principal.

Van Wyk said that he was very excited, although he would miss St Michael’s School. “I believe I’m a tool in God’s hands and that He wants to use me at Grey now. I want everyone to start this new chapter objectively on a clean slate and to build on a strong tradition towards a better future for every boy walking through the gates of Grey College.”

Van Wyk is no stranger to the community as he has led St Michael’s for the past three years and has made headlines by, together with his staff, achieving Platinum academic status for the School.

According to a statement by Grey College’s School Governing Body, they are excited to see what Van Wyk has up his sleeve in leading the school into the future. He will be the eleventh principal of Grey College since 1855.

Van Wyk is part of the DNA of the school, has extensive knowledge of the school’s history as he is an Old Grey, and has been a parent of the school for 27 years.
He will be formally introduced when the new term kicks off. 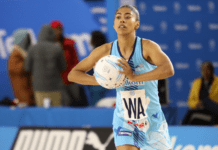