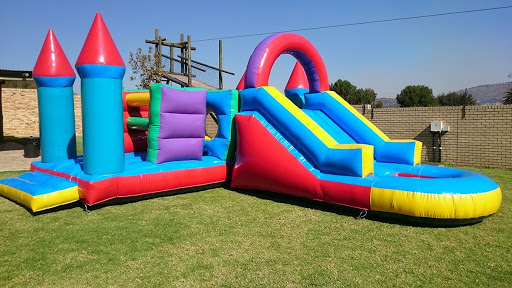 An 11-year-old Heidelberg boy was electrocuted on 6 April, seemingly by the motor of a jumping castle his parents had rented on a “lockdown special”.

According to Sunday newspaper Rapport, Pedré de Beer was being chased around the jumping castle by a friend when he fell over the motor and started shaking from being electrocuted.

The boy’s mother, Rhö­dine, reportedly attempted to pull Pedré away from the motor and received an electric shock herself.

The parents attempted to revive their son but were unsuccessful and he was reportedly declared dead by paramedics.

Pedré’s father, Paul, reportedly said it was unclear what had caused the short-circuit that led to his son’s death.

The De Beers had reportedly rented the jumping castle for three weeks to “keep the children busy” during the nationwide coronavirus lockdown.

Colonel Amanda Viljoen, station commander of Heidelberg police station, confirmed to Rapport that the matter was being investigated.

The owner of the company that rented the jumping castle to the De Beers would reportedly not comment until the investigation had been completed.

In August 2017, five-year-old Vinisher Christians, who was one of six children injured during a birthday party in Delft, Western Cape, died after a bakkie ploughed into the jumping castle they were playing on, News24 reported.

In 2013, the Vanderbijlpark Magistrate’s Court fined the Stonehaven-on-Vaal resort R200,000 for culpable homicide, following the electrocution of a five-year-old boy.

Beeld reported at the time that Ruan Pieterse died in October 2012 after a power box next to a jumping castle toppled over and landed on his legs when he used its handle to pull himself upright after falling.