Boabab Entertainment has partnered with the National Arts Council and the Department of Sports, Arts and Culture, to conduct a virtual show called Music Extravaganza for Workers’ Day.

The reason behind having the show virtually is because of Covid-19 restrictions. The entertainment crew prides itself in trying new things to give people the best experience there is. The show will take place on 1 May and preparations are underway. The entertainment crew is wrapping up this week with workshops with the artists to get them ready and next week they will begin with their last rehearsals.

The entertainment crew was asked what they were mostly excited about, to which the answer was, the music. “We are mostly excited about the music and artists we will be showcasing via live stream.” The artists for the show are Siki Jo-an; Highlights Encore; Jaques May; Viyande Ndara and Simple Stories. The crew also said they did not experience any major challenges, they just had a few technical issues they had to address. One thing the crew still maintains was a bit of a challenge for them, was the short time period they had to plan and prepare for the show.

When asked about their target number of viewers, they responded, “The more viewers, the better. If we can get a minimum of 1000 viewers, we think that would be a good benchmark.” They also said the ticket sales were going slowly at first but it has increased rapidly as the day of the event gets closer. The show will be streamed via Quicket at R120 per ticket, each person will get their own unique link to watch the show. 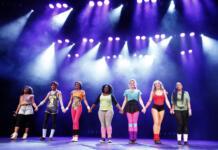