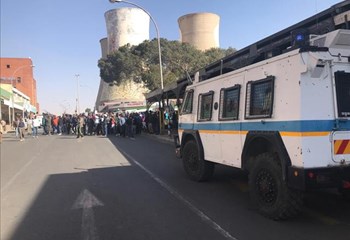 Disgruntled taxi operators in Bloemfontein brought chaos to the streets of the city centre today, protesting against a well-known bus liner in the Free State.

These operators say they have been treated unfairly by the traffic officials and feels targeted.

One of the operators, who opted to remain anonymous, says law enforcement agencies only impound their vehicles and ignore the buses from this company. He says for years they have been pleading with relevant structures in the local and provincial government to help deal with their issues but their cries have not been attended to by these structures.

He adds if no solution is achieved by the end of business today, local commuters should brace themselves for a total shutdown and no operating transport modes.

“This is not fair because here in the taxi industry the law oppresses us in such a way that they want us to have the right operating licences and everything but it’s a different case when it comes to these buses because traffic officials do not even pull them over for inspection. “So it’s unfair for us to be pulled over and stopped from working but these buses continue to work as normal and even carry an overload. So we are just here to make sure that this stops today, he says.

He says commuters will have to be prepared to walk home or even call relatives, family members for pick-ups in town.

Operators allege that taxis with the registration of the Gauteng Province (GP) and some even without permits goes around picking up and offloading these commuters.

Anonymous operators further accused the association’s leadership of failing them, saying it has been raising these matters with them for years but they are yet to see any results.

OFM News witnessed scores of residents and pupils from schools who had to walk to their places of residence because of the protests by these operators. – Lucky Nkuyane/OFM News 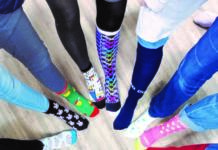