The Bloemfontein Children’s Choir, conducted by Dr Huibrie Verster, is in existence for the past 27 years and currently consists of 54 members. The choir members come from the different schools in and around Bloemfontein and the ages of the children ranges from 9 to 17 years.
The Choir is an amateur choir who are well-known locally and internationally. The choir already undertook 19 overseas trips and is seen as one of the best Children’s Choirs in the world. The choir mostly went overseas to participate in competitions and at two occasions on invitation of the International Federation of Choral Music (IFCM). At the end of 2013, the choir had a very successful tour to Slovenia, Austria, Germany and Belgium where they received standing ovations at all performances. More information about the choir is available on the website of the choir: www.bloemfonteinchildrenschoir.org.za
During July 2014, the choir had a successful tour to Cape Town, Stellenbosch and Paarl and 49 of the choir members could take part in the tour. The choir received a standing ovation and performed with the Canticum Novum Choir conducted by Louis van der Watt, the Kensington Chorale, conducted by Lizl Gaffley, the Cape Town Youth Choir, Conducted by Leon Starker as well as the Paarl Boys High Ensemble, conducted by Stefan van Hassen. Guests of honour who attended the performances were, Nico Carstens, one of the accompanists of the choir for many years as well as the Patron of the choir, Boet Troskie.
As a result of the success of the tour and the joy with which the audiences reacted on the performances of the choir, it was decided that the concert must be repeated in Bloemfontein for our local community. During the concert a DVD recording will also be made of the concert.

The program of the Bloemfontein Children’s Choir will be focused on lighter numbers that will create a sense of entertainment, and will include ‘Take Yours, I’ll Take Mine’ of the Western Cape singer, Matthew Mole, a Cape Medley, Chris de Burgh hits as well as music from the musical ‘Les Miserabeles’. The choir also has a standing Choreographer, Willie Venter of “Huisgenoot Skouspel”, who annually does excellent work with the choir members and Willie will again be involved in this production. The accompanist of the choir is the talented Anton Esterhuyse. The concert starts at 19:00 for 19:30 and the program will be concluded by 21:00.

Herewith thus a cordial invitation to attend the concert on 13 September 2014 in the Odeion on the UFS Campus. The cost per ticket is R50 per person. Persons who are interested to come to the concert can book the tickets telephonically or via e-mail with Carina Lombaard at: Contact nr: 083 411 7565 or celbfn@hotmail.com. Tickets will also be available at the door. Any enquiries linked to the program or the concert can also be directed to the above-mentioned person.

The choir also would like to recruit new members for the choir and there will be a choir open day on Saturday 20 September 2014 so that all learners from the age of 9 years who are interested can come to the choir practice from 10:00 to 11:00 to see what are being done at the choir every Saturday. Learners who are interested to come for an audition, who is musical, can sing beautiful and/or can play a musical instrument can book for an audition with Carina Lombaard, Contact nr: 083 411 7565 or celbfn@hotmail.com. The auditions will start in the week after the concert of 13 September 2014. 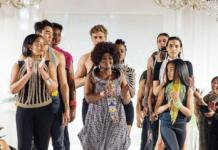 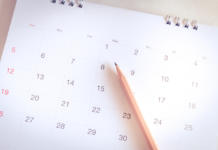