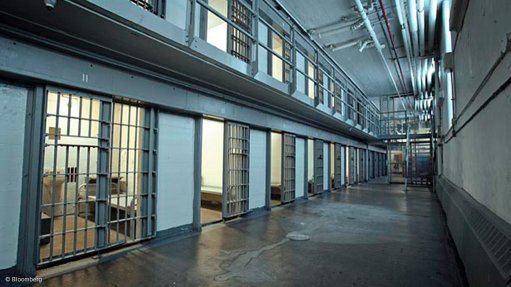 Justice and Correctional Services Minister Ronald Lamola has expressed concern after learning of ‘disturbing allegations’ of torture of inmates at the Free State’s Mangaung Correctional Centre.

This comes in the wake of the Centre for Applied Legal Studies (Cals) today filing an application before the High Court in Pretoria ordering the Department of Correctional Services (DCS) to publicly release a report on alleged torture of prisoners – for years kept under wraps.

The Cals application is expected to lift the lid on the most inhumane conditions and incidents of brutality which have taken place at Mangaung, outside Bloemfontein, since 2013.

“The minister is disturbed to hear of such allegations of torture, said to have taken place at the Mangaung Correctional Centre,” said ministry spokesperson Chrispin Phiri. “Should these be proven to be true, this surely goes against the values and principles of what our first democratically elected president, Nelson Mandela, stood for.

“We will be working closely with the Judicial Inspectorate Commission to address any breach of the law and malfeasance that could have taken place at the Mangaung Correctional Centre.”

According to human rights attorney Sithuthukile Mkhize, Cals – a law clinic and civil society organisation based at Wits University – which has been investigating brutality claims made by prisoners, has for over five years sought legal avenues to force the DCS to grant it access to the report under the Promotion of Access to Information Act (PAIA).

Mkhize said that by late 2013, Cals became aware of numerous reports made public by the Wits Justice Project, pointing to torture of inmates at Mangaung by G4S staff. G4S is a British-owned security company, awarded a contract by the DCS to run the prison.

While the DCS has not responded to the Cals application, the G4S filed papers opposing it on the grounds that the report contained “sensitive information” with names of inmates and company employees, with G4S only willing to release a redacted version if ordered by the court.

“A bare assertion that some sensitive information exists is insufficient to deal with the G4S burden to substantiate this ground of refusal,” maintained Cals in its heads of argument. “G4S also seeks to invoke confidentiality provisions of being a private body, which is not legally permissible.”

Said Mkhize: “Opposing the release of the report begs the question of what issues either the department or G4S are trying to keep hidden.

“The PAIA process is obviously flawed if these powerful entities can cause years’ worth of delays before a matter is even heard by the court.”

She said when reports surfaced on serious incidents of torture of inmates at Mangaung, the DCS took control of the prison and began an investigation.

But 10 months later, the DCS handed back control of the prison to G4S in what Cals has described as “one of the largest privately run prisons in the world”.

The case raised “important questions around the right of access to information and the consequences of outsourcing constitutional obligations to the private sector”.

Despite Cals in 2014 having used PAIA to get information relating to the DCS investigation into Mangaung, the DCS failed to respond to the initial request and relied on an internal decision not to grant access.

“Cals then approached the High Court in early 2015 in an attempt to overturn this internal decision and to gain access to the investigative report,” read the Cals application.

“Since then, the matter has suffered a number of delays with G4S asking to be joined to the litigation, failing to file answering papers on time despite a court order, and launching an application to have the proceedings closed to the public. While the application was firmly dismissed by the court, it has had the effect of frustrating the legal process.”