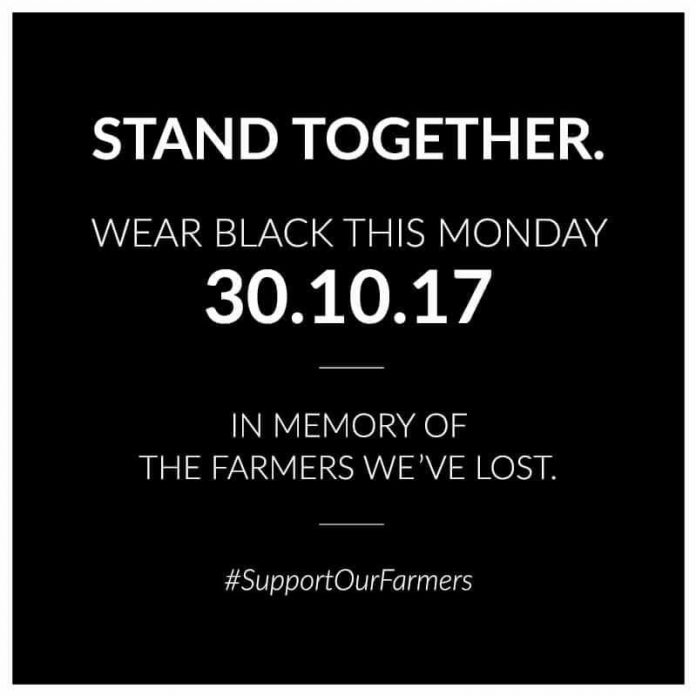 Various members of the Bloemfontein community will join the rest of the nation in tomorrow’s Black Monday marches in a bid to highlight and put an end to the killing of farmers.

According to Roelof Smit, who is assisting in the event on Monday, it will not be a march but rather a motorcade, which is essentially a convoy of vehicles driving from one point to the other.

“We will start off with a small meeting at the open field near the Total Garage in Pellissier at 7 am. Then at 8 am, we will begin the procession using the N1 road as we drive to Langenhoven Park. Upon arrival in the suburb, we will then U-turn and return to our starting point. Here we will hand over a memorandum of all our grievances with regard to the farm killings to the police at the mobile police station in Zone 2, not too far from the Windmill Casino,” Smit says.

He also stated that there will be several marshalls assisting with the procession and there will be traffic officials to help redirect traffic. The Community Policing Forum (CPF) will also be present. Those participating are also encouraged to dress in black in remembrance of all farmers who have died as a result of farm attacks.

Leader of the Democratic Alliance, Mmusi Maimane, also spoke out on farm murders during his visit to Thaba Nchu on Saturday saying that there are wrong issues under the spotlight with regards to the killing of farmers in the province and country at large.

“The attack of farmers should not be a racial issue. It should be an issue that affects all of us, because farmers feed the nation and farm workers are equally affected,” Maimane said.