After suffering the tragic death of her 13-day-old baby, a young mother of Heidedal, Rachel Seretco, was dealt a second blow, when the mortuary they had used for the funeral informed them that they had buried the wrong baby.
Seretco’s aunt, Valerie Matekan, explained the sad story to Courant in an exclusive interview. “Last Friday (15 June 2018) we held the funeral, and on Monday (18 June 2018) the state mortuary people came here and told us we had buried the wrong baby and we would have to come and see if our baby was still at the government mortuary,” said Matekan.
Matekan said the family then went to the government mortuary on Tuesday, 19 June 2018, in hopes of finding out what had happened. “We wanted to see the baby, then they said no, they would come on Wednesday to fetch us from our house and take us to the graveyard, then they would swop the babies.”
The family waited but neither the government mortuary nor the mortuary they used for the funeral, Temeng Funeral Services, pitched. As if their suffering wasn’t enough, they were dealt a third blow. “Then we went to Temeng Mortuary, only to find out that they went to the graveyard and switched the babies without us, the family, being present.”
The state mortuary could not give the family any answers stating that the manager was on leave, so they tried to get answers from Temeng Funeral Services. “This thing is between the state mortuary and the family. I’ve got nothing to do with that. All I did, was just show them where the grave was. The state mortuary and the family must solve the case,” said manager, Shakes Mohlabi.
Health Department spokesperson, Mondli Mvambi, confirmed that the state mortuary manager had taken leave and that due to this they were having trouble getting the family answers. He added that the department is working towards finding out what had happened so that the family could have closure, and that they would inform Voice as soon as there were any developments.
Speaking on how Seretco, the mother of the baby, was doing, Maketan said that she was severely traumatised by the early death of her new-born son, and this incident has made it much worse.

“We are very upset, we don’t know if it is our baby they buried there, because we did not see if it was our baby. That’s our problem. And now no one is available to give us answers,”

concluded Maketan.Community leader and family spokesperson, Gustav Wilson, has expressed his shock and anger about the incident. “Although I accept that people sometimes make mistakes, I am disgusted by the way in which the situation was handled by both the government mortuary and the funeral undertakers. They made the family’s trauma so much worse by switching the babies without the family being present. The family will leave no stone unturned to get justice. This matter will be taken to the highest authority for investigation,” said Wilson. 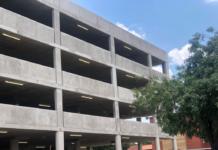 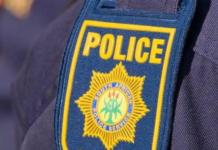 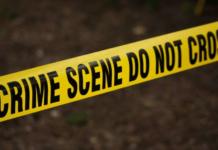