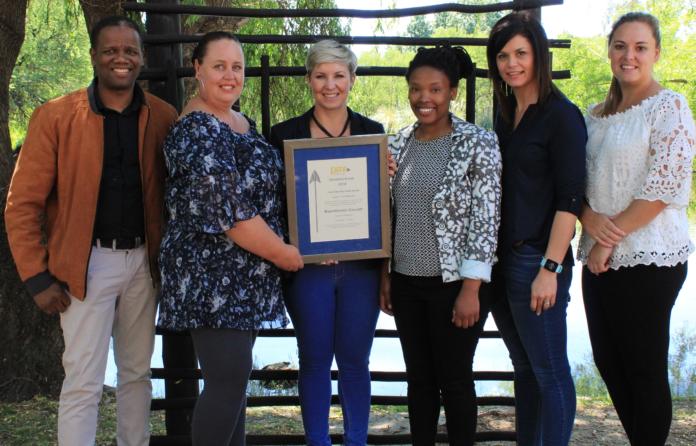 Bloemfontein Courant has managed to rope in a PMR Africa Diamond Arrow Award for the third consecutive year in a row.

The newspaper received the award for the best community newspaper. This award has been awarded to companies and institutions doing the most in their sectors over the past 12 months to stimulate the economic growth and development of the Free State Province.

“To win an award like this doesn’t come easy, because the residents of the City of Roses know exactly what they want in a community paper. It takes hard work and commitment from everyone in the organisation, from top management to editorial, sales as well as the design studio. This award is another feather in everyone’s caps. Well done to all!”

The purpose of the function is that PMR.africa wants to acknowledge companies contributions and initiatives, their strategies, effort and hard work.

“There is a successful team behind each successful and highly rated company, department, institution or individual,” said Johan Hattingh, CEO of PMR.africa.

Part of the awards is to enhance competitiveness, create a unique marketing tool and to acknowledge as well as motivate the staff.

The PMR.africa award is much more than just a memorabilia on the wall. You can use this award to target a specific audience, set a benchmark for others to aspire to and even generate general and brand awareness in the community.

The award is awarded after research is done. It is rated by a random, provincial sample of 110 respondents comprising of CEO’s, MD’s, business owners, company of directors and managers and senior government officials based in the Free State. – Jeretha Oosthuizen
jeretha@mahareng.co.za