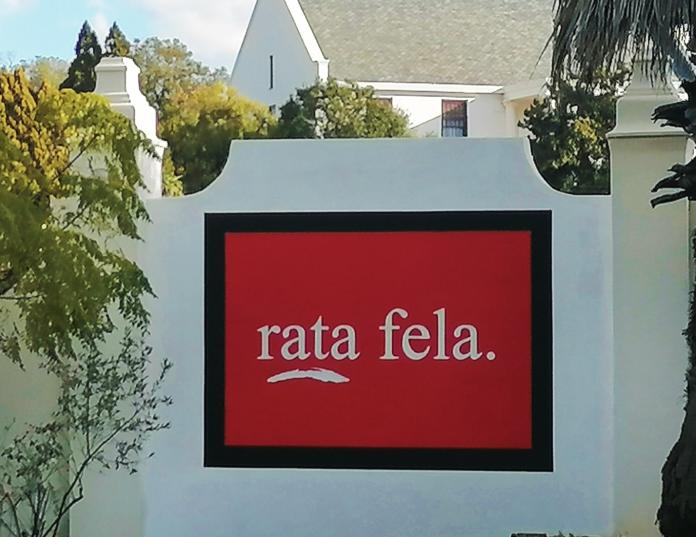 The Public Arts Programme is aimed at giving young artists a platform to not only support them financially, but to also encourage them to keep on producing art.

The programme consists of art murals, performance public art, and multimedia expressions. The programme also seeks raise awareness on social ills such as gender-based violence and on the Covid-19 pandemic.

According to one of the artists of the programme, Jullian Mentz, also known as Junior Mentz, the Free State branch was quite successful in creating art that stands out, so much so that they decided to create more murals than originally required and to turn it into a business opportunity by collaborating with the private sector in Bloemfontein, since the programme only lasted for two months.

Bloemfontein Courant previously reported on murals in the city focusing on gender-based violence, the Covid-19 pandemic as well as national symbols. New murals have since been released in different parts of the city: 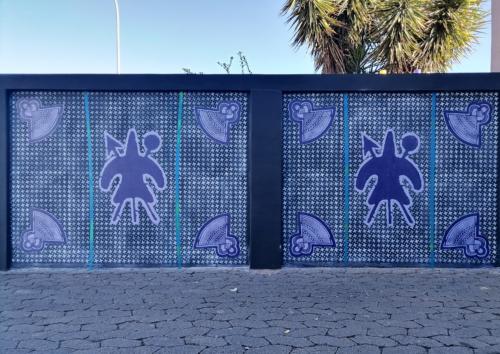 This mural is painted on a boundary wall on the premises of Gig Media South Africa, 27 Second Avenue, Westdene. It was an impromptu design and painted by Junior Mentz and Marius Jansen van Vuuren, speaking about the theme of national symbols. 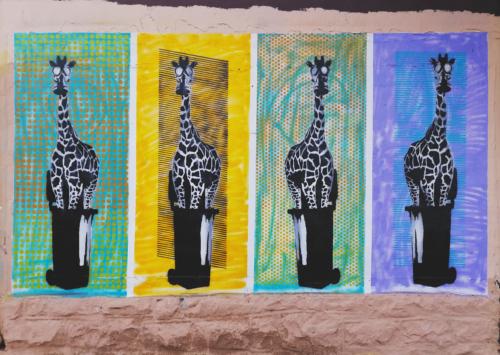 Another mural is painted on a utility building on an open lot on the Corner of Kellner Street and 1st Avenue in Westdene. It speaks about the theme of national symbols, specifically aimed at the people of Bloemfontein since the giraffes in the mural represent those living on Naval Hill. The mural was designed by Marius Jansen van Vuuren, with Junior Mentz assisting by painting it. 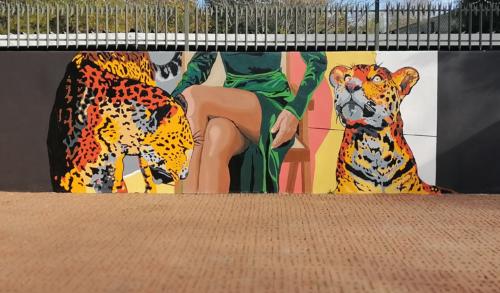 Painted on a utility building on an open lot on the Corner of Kellner Street and 1st Ave in Westdene, this mural is called “The lady with the leopards”. Designed by Junior Mentz, it speaks to the themes of national symbols and women empowerment. Another important aspect of the design was using a colour palette inspired by the South African flag and promoting the idea of pop art. The mural was painted by Junior Mentz, Marius Jansen van Vuuren, Lerato Monage, Meghan Johns, Lawrence Mongalo, Letshego Shago, Keila van Vuuren, Waverley Makatsila, Tsepo Stein and Bob Kolatseou. 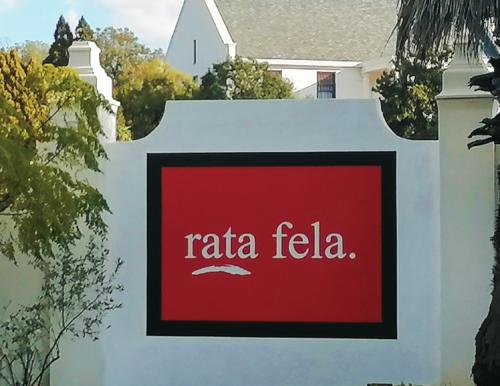 A mural, called “Rata fela” (which translates to “just love”), is painted next to the front gate of Oliewenhuis Art Museum and was inspired by a conversation with Ester le Roux, curator of the Art Museum. It was designed by Junior Mentz and Dia Mafoyane and painted with the help of Nkosana Mxakaza. 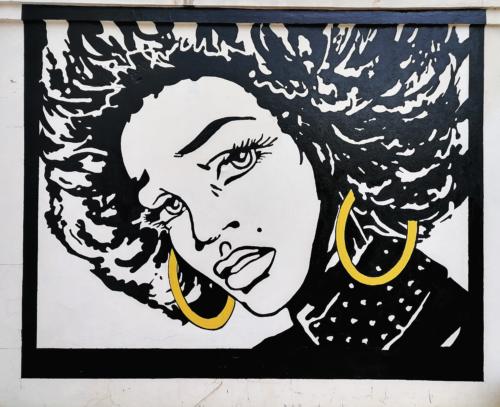 The final mural is situated on the premises of Oliewenhuis Art Museum. “The Girl with the Golden Hoops” developed out of a remark by Ester le Roux about the paradox of an all-inclusive artistic institution occupying a site with a massive colonial footprint. The mural was designed by Junior Mentz and painted by Junior Mentz, Dia Mafoyane, Mamosa Lesenyeho, Antoinette Strydom, Nkosana Mxakaza, Kamogelo Walaza with Oliewenhuis Art Museum staff members Tladi Motholo, Lana Jasper and Baitumetse Moloabi assisting.