The convoluted battle continues – between the community of Olive Hill and the squatters who live in an abandoned dwelling. Dollie du Plessis, a resident of Olive Hill, says despite multiple attempts to remove the squatters from the abandoned premises, as well as a community petition, they have gotten nowhere.

In an exclusive interview with Bloemfontein Courant’s Blaine Jones, one of the squatters, 20-year-old Selina Lesare, says despite what the community members are saying, there have been no foul activities on the premises. Lesare says they are ten squatters, men and women, who stay in the abandoned building. They have been staying there since 2017.

“We are staying here because we’re homeless. We have no place to go or stay. We are men and women staying here, of different ages. It’s dirty here and there is no water,” says Lesare. She added that the Mangaung Metro Municipality visited the premises last week and turned off the water supply. Lesare says that community members harass them constantly.

When Bloemfontein Courant visited the premises, there was no sign of hostility, but instead, vulnerable people who wanted their story to be told. Upon approaching the abandoned building, you are hit with an awful stench. The building is half-built, and when Bloemfontein Courant was invited further into the structure, we declined for safety reasons. This experience speaks of utter, abject poverty and forgotten people. 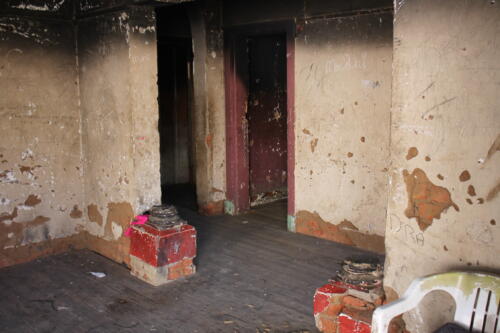 Businessman Mornay Ludeke says he bought the premises for a substantial amount of money, but finds himself unable to occupy his new property as a result of the squatters who refuse to leave the abandoned house. Ludeke says the former owner of the property has a water bill in excess of R 100 000 because of the squatters who use the water, which the Municipality failed to turn off. According to Ludeke, he went to the property and cemented and closed the taps and pipes to prevent anyone from using the water. He says the Municipality then provided a new meter and tap, without any permission or authorization. 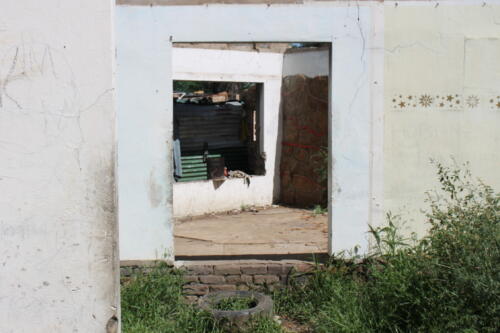 “I went to the property, went to cut off the water physically, buried it in a hole, closed it with cement, and a month later when I visited the place there were brand new meters, pipes, and a tap. The entire neighbourhood is standing in lines with wheelbarrows using water for free, and the bill keeps on escalating,” says Ludeke.

According to Ludeke, during the many attempts to remove the squatters, he was assaulted, threatened with a knife, and pelted with rocks. He also alleges that “strange activities” occur on the premises. Ludeke adds that despite two attempts to apply for an eviction notice, he has had no success. “I bought the premises and paid the full amount, but I cannot transfer it to my name as a result of outstanding water bills which is, unfortunately, the previous owner’s responsibility.” 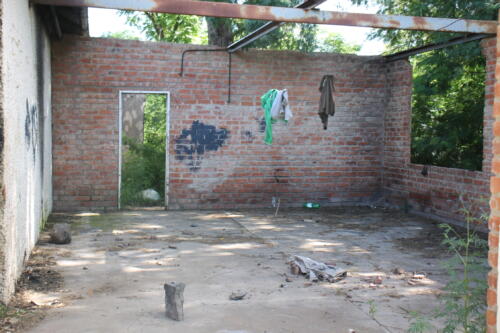 Thus, the battle rages on between the two parties – both wanting to be heard.