The news of the Guinness PRO14 suspension due to the global COVID-19 outbreak has come as a big blow to rugby, but for the Toyota Cheetahs it couldn’t have come at a worse time. Matches in the cross-hemisphere competition were being called off until further notice and the resumption will be a matter of constant review.

For the Cheetahs, in particular, it does come as a blow as they were set to play a series of home matches after the majority of their games have been played in Europe to date.
While the suspension of the PRO14 is bad news for the sport, it does allow the injured players in the Cheetahs set-up to recover. These include the captain, Ruan Pienaar, and the loose forward, Junior Pokomela.

“It is a difficult situation because we don’t know what is going to happen. We are waiting for PRO Rugby to guide us. For me, it will help a lot to know for how long they want to suspend the competition. Then we can plan accordingly.

“It will give guys like Ruan Pienaar and Junior Pokomela time to recover and that will be beneficial for us. It is a stop-start competition, which makes it quite difficult. In the past five months, we’ve only had one home game, and we were looking forward to six home games out of the next seven fixtures.

“It is bad timing for us. We were looking forward to playing in Bloemfontein and taking on the big guns like Leinster and Edinburgh on our home turf.

“We’ve prepared well for Leinster, but that game has been suspended and we don’t what is going to happen and for how long. As soon as we’ve got more info, we will plan accordingly.”

The Cheetahs were set to host Leinster at the Toyota Stadium on Saturday.
Meanwhile, all the players and support staff who recently toured Ireland and Wales have been tested for Coronavirus and they will know their results soon. None of the players or coaches have shown any symptoms of the virus. – MORGAN PIEK 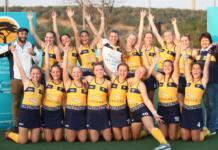 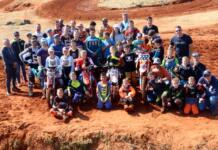