Australian organist Martin Rein will be performing in the city tomorrow in a special organ recital in the Odeion. Bloemfontein Courant had a quick chance to catch up with Rein during his busy schedule. Rein is currently on his first concert tour in South Africa and says that he found South African audiences to be very appreciative of classical organ music. “The two recitals in Pretoria and Cape Town were well attended and I had some very constructive conversation with the audience after the performances,” he says. He says that according to his experience local audiences do not differ from European audiences too much. “European concert goers are perhaps more specific whereas audiences in Australia and South Africa are open to a wider range of repertoire.”

What is Rein’s opinion on South African pipe organs and organists? “There is a wide spectrum of heritage instruments (Dutch, British) as well as a significant number of impressive new instruments such as the organs at the universities in Bloemfontein, Cape Town, Stellenbosch or the new Austrian organ at St George’s Park Town, Johannesburg. These instruments offer the resources to play virtually any organ music on them,” he says. On local organists and their work he is of the opinion that they are very open minded and hardworking. “They enjoy what they are doing and are able to connect their passion for the king of the instruments with immense commitment and sacrifice.”

The performance programme for Rein’s concert in the Odeion includes J.S. Bach’s Prelude and Fugue in G, BWV550 and Chorales from the Third Part of the Clavierubung (1739), Maurice Duruflé’s Scherzo, Op. 2, Max Reger’s Introduction, Passacaglia and Fugue in E minor, Op. 127 and his own improvisation. “I decided on a programme that can engage with a wider audience, can pay respect to the organ and atmosphere in the Odeion and offers something special,” he says. He adds that he prefers Romantic style organ works as they are very emotional and expressive, while his favourite composers are JS Bach, Louis Vierne and Reger.
Tickets for the concert are R130 (adults), R90 (pensioners), R50 (students and learners), at Computicket. 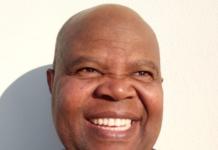