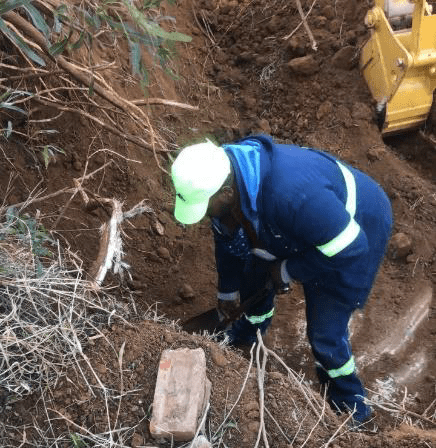 According to Centlec spokesperson, Lele Mamatu, perpetrators tampered with the city’s 33kV underground cables along the N1 between the Walter Sisulu and Nelson Mandela Drive bridges. “These malicious acts led to power interruptions in various areas in the city.”

“Upon initial investigation by both the engineering and security teams, it was difficult to determine the extent of the damage as there was a lot of smoke coming out of the cable ducts,” said Mamatu.

Due to the extent of the damage, a tractor loader backhoe (TLB) was required. The daytime engineering team is currently busy with repairs. Mamatu added that the restoration time cannot be determined at this stage, however, there will be further communication during the course of the day.

The power utility has also warned perpetrators that should they be arrested, they will be charged under the Criminal Procedure Act, and they could expect heavy sentences.