The case of the failed asbestos project, worth R255 million, has been postponed and transferred to the Free State High Court for pre-trial proceedings on 11 August 2021.

Magistrate Mxolisi Saliwa postponed the case to August and warned suspects to appear in court as he extended their bail, reports OFM News.

Ten suspects, except accused number one, Nthimose Mokhesi, appeared in the Bloemfontein Magistrate’s Court to face charges ranging from fraud to corruption, amongst others.

Those who appeared in court include ANC Secretary-General (SG) Ace Magashule, former Mangaung Metro mayor Olly Mlamleli, and others. The suspects are all charged with more than 70 counts of fraud, theft, attempted theft, corruption in contravention of the Prevention and Combating of Corrupt Activities Act, and money-laundering, amongst others. They will be held accountable on charges of contravening various asbestos regulations, promulgated in terms of the Occupational Health and Safety Act 85 of 1993.

Three new suspects in the matter, Nozipho Molokoe, Thabiso Makepe and Albertus Venter were also released on bail after making their first court appearance following their arrest on Thursday by the Hawks. 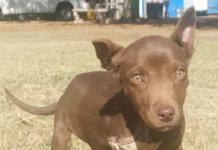