Cape Town. – Minister in the Presidency Trevor Manuel says ANC members must do some introspection about why there is a disconnection between them and ordinary people, the Cape Times reported today.

"It is fundamentally important that we understand this. Do we blame the people or do we blame ourselves? Do we ask how we are so disconnected from our people?" he asked at a memorial lecture in Cape Town last night.

He reportedly said African National Congress members should get involved in their communities and build a membership which understood the party’s values.

He said hope should be instilled in the youth and older people, who participated in the uprisings and who should not be forgotten.

"We’ve got to build self-belief. We’ve got to get back our people," he was quoted as saying. 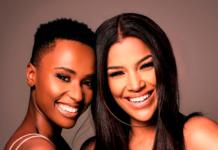