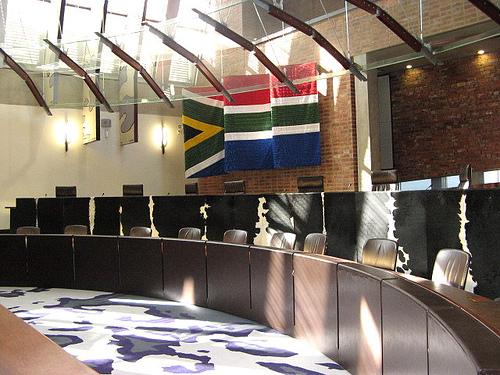 The ANC feels that a bid by disgruntled Free State party members to nullify the results of the provincial elective conference held earlier this year, is not a constitutional matter.

This comes after six ANC members have taken to court for a third time in an attempt to have the results of the June election this year declared null and void. The ruling party again said that it will oppose the bid by the six members.

The Constitutional Court will hear the urgent appeal by the members today. They claim the provincial executive committee (PEC) was not properly elected.

The group earlier asked the Free State High Court in Bloemfontein to grant an order to stop provincial ANC leader and premier Ace Magashule and his PEC from working.

They also wanted the court to order the national ANC to dissolve the Free State PEC, appoint an interim management structure and annul the province’s nominations for the ANC elective conference in Mangaung in December. The high court dismissed the application with costs.

ANC secretary-general, Gwede Mantashe, says the case has been to court twice already, and thrown out with costs twice. "And that’s why they are choosing to go to the Constitutional Court, and that is a case that will be defended. We really don’t think it is a constitutional court matter."