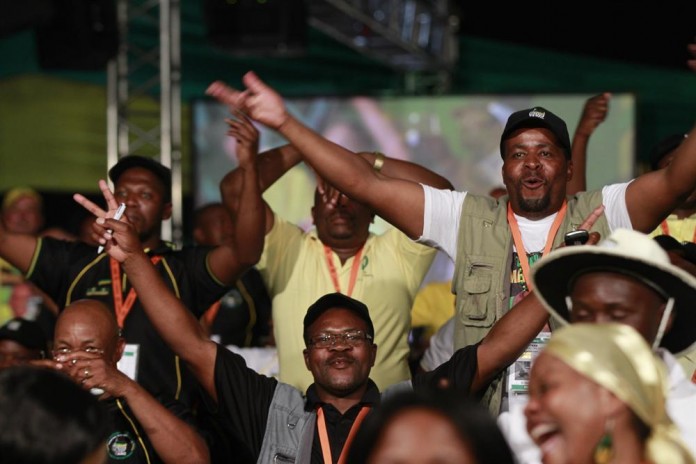 MANGAUNG – It emerged on Thursday that several ANC delegates attending the Mangaung conference had opened a case of assault against police after a raid was conducted at their rented property in Bloemfontein.

Officers went to the house after receiving a tip-off that the delegates from the North West province were in possession of illegal firearms.

Police found no weapons after searching the house on Wednesday.

“Police executed the first warrant at 8.30pm at a house in Bloemfontein, no persons were arrested.”

Meanwhile, the ANC’s top officials earlier held a press briefing to address the death of a delegate at the party’s 53rd national conference in Mangaung, which is currently underway.

A delegate from Barberton in Mpumalanga passed away on Monday, due to natural causes.

Mantashe said the man’s remains had been flown back to his home and extended his condolences.

It is the final day of the conference, but the meeting is still behind schedule.

ANC officials spent the morning reporting back to the media on key policy discussions which took place during the conference.

One of them being to let the NEC establish an ethics committee.

“In terms of the ANC constitution, the NEC has got the power and the right to establish committees for its functioning; so the ethics committee will be established in terms of that power.”

The announcement of newly elected NEC members is still to happen and president Jacob Zuma will then give his closing address.