Bloemfontein – Eunice’s Petra Acho admitted that the 2014 SA School Individual Chess Championship had the most competitive participants in the country, which made the competition tough.

Acho finished in sixth spot in the final rankings (u.15) of the tournament dominated by KwaZulu-Natal and Gauteng, and the Grade nine pupil said it was an eye-opening event.

“The competition was stiff. When I was told I was going to attend, I didn’t expect it to be as tough, because firstly we had to compete against our province and that was not difficult at all,” Acho told Courant.

“As the Free State team we did well, but could have done better. However, chess is not well-promoted in the Free State, so not a lot of people get to know about it.”

The Bloemfontein girls’ school, Eunice High, played host to the national schools tournament where a total number of 396 players participated.

Each province had a number of 36 players. Each player played six games and the one who ended up with most points claimed the section (age group).

KwaZulu-Natal and Gauteng dominated the championship, with 10 gold medals between them.

Meanwhile Keegan Agulhas of Western Cape and Eastern Cape’s Raymond Ebersohn won the u.15 and u .19 Boys’ categories.

Acho lamented less practice in the Free Sate as a massive factor deterring the sport to grow and develop in the province.

“We don’t get enough practice in the Free State. However, in places like Gauteng for example, chess is well-known and people practice a lot. You can get scholarship for chess and further it.

“People in those places are competitive, that makes them more difficult to play against, because they practice more and have experience,” she added.

However, Acho said she had learnt that as painful as defeat is, it should motivate one to keep going and never give up. 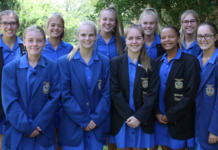 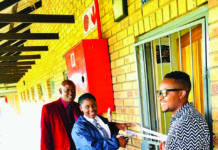 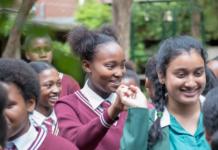