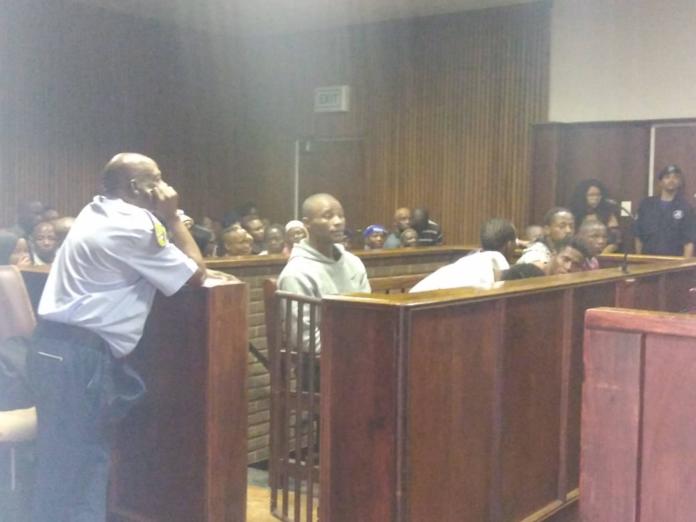 The case against the infamous Vice Olivier, who made international headlines for attacking an intern doctor in the Pelonomi Hospital in June in an attempt to rape her, has been referred to the regional court where he will be declared a state patient.

The state prosecutor, Advocate Johan de Vries, says Olivier, who got part of his tongue bitten off by the doctor during the attack, is not fit to stand trial.

De Vries says this after the accused went for a psychiatric assessment at the provincial psychiatric hospital to determine whether he is fit to stand trial or not.

The state prosecutor, Advocate Johan de Vries, presented the state’s intention to transfer the matter to the regional court for Olivier to be declared a state patient after the psychiatric evaluation.

The judge in the case, Louw Schoeman, postponed the proceedings to 26 September 2019. During his court appearance on Monday 16 September 2019 in court 19 the accused, dressed in a pair of khaki trousers and cream-white hoodie, appeared to be calm and in good spirit.

Olivier, who hails from Bronville in Welkom, allegedly posed as a patient and assaulted the 24-year-old intern doctor on the night of 4 June while she was resting in one of the overnight staff quarters.

During the encounter, the woman was able to overpower the suspect and bite off a part of his tongue. After fleeing from the scene, the suspect was traced to and arrested at National Hospital where he tried to get medical treatment. The incident has since placed the safety and security of medical personnel and patients at healthcare facilities in the province under scrutiny.

Will you be able to visit your Covid-19 positive child in hospital?