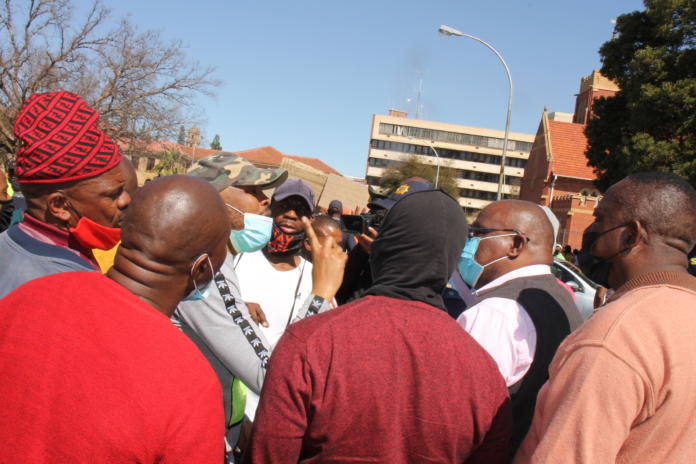 The Mangaung Service Delivery Forum has made it clear that if its demands are not met within 7 days its members will completely shut down Mangaung. The forum decided on Tuesday, 24 August to embark on a peaceful march to Centlec, the Free State Department of Economic, Small Business Development, Tourism and Environmental Affairs (Destea) and the Mangaung Metro Municipality (MMM).

Mpho Mojanaga, leader of the Mangaung Service Delivery Forum, said their reason for the protest was because in spite of them engaging with the directors of the municipality time and again, their demands are and have never been met.

Mojanaga explained that their main demands are poor service delivery, nepotism, corruption and failure to employ employees lawfully. He stated that among other services, the streets of Mangaung are not clean at all and there are potholes everywhere, this while the executives continue to live in luxury. Mojanaga added that the municipality, together with its council, has collapsed – from the administrative side of the municipal to the political side – and it is for that reason they want it dissolved. All those responsible for the corruption that has taken place within the municipality must be dealt with accordingly. A lifestyle audit for the executives must be done as they are living well beyond their salaries. “This institution is unable to give service delivery to the public as it should.”

Monjana believes Destea is a so-called advocacy for the people that does nothing for the public. According to him, there are programmes to fund small businesses in Mangaung but Destea does not do that. The small black owned businesses are being robbed of the opportunity to participate in the mainstream economy of Mangaung because Destea allegedly allocates money to the people who are not supposed to benefit from it. “I strongly believe that most of the time these funds leave the province of the Free State and benefit other provinces.”

“Centlec has been very unfair about the cost of electricity. They did not even implement the winter tariffs in the lawful way, and the community was not engaged in this decision,” said Mojanaga. He stated that Centlec is also not able to deliver proper services to the people of Mangaung. There are no turnaround strategies. “We need a clear turnaround strategy where Centlec is going to be productive and effective. We demand new tariffs to be implemented by 1 September 2021, and they must also engage the community to find out if the people can indeed afford new tariffs.”

Acting city manager, Sello Morem said the MMM has the best interests of Mangaung residents at heart, both on the administrative side and the political side.  At the moment he cannot respond given the issues raised, but he has signed and accepted the memorandum. He explained that they are putting plans in place because they are not a non-caring city. He said he believes the politicians are also conscious of the issues raised. “Within a few days the mayor will release what we call a 100-day programme that deals with service delivery issues. We will respond with action and we promise we will respond within seven days.”

One of the protesters said the response of the MMM must not be a joke, it has to be reasonable and effective, because if it is not, the forum is not afraid to organise a total shutdown. It has been done before, and this time it will be bigger.

“We are going to take the battle straight to them now. We will not close down any foreign stores, we will not burn tyres in the streets, we will go straight to the all municipal offices, and we will shut them down completely,” Mojanaga concluded.