Duane Petrus – Ficksburg police are searching for the mother of a 5-year-old girl from Lesotho who drowned in the Caledon River this weekend while trying to enter into South Africa.
Police spokesperson, Phumelelo Dlhamini, says residents alerted the police after they saw a floating body in the river.
Dlhamini says a next of kin from Qwa-Qwa informed them that that the deceased girl was accompanied by her mother and a one-year-old baby when they attempted to cross the river.
He says efforts to locate mother and the baby have been unsuccessful and they suspect that they have drowned too.
He added that if they do not find them soon, they will send police divers into the river to search for them.
"We would like to appeal to the community to stop crossing the river illegally. They usually drown or get robbed and raped," Dlhamini said.
He added that this river is used daily to illegally enter the country and that they make arrests on a daily basis. 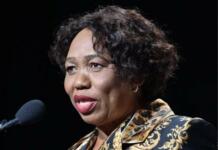