After days of searching for injured animals around the Free State, the Bloemfontein SPCA made a gruesome discovery when they found injured captive lions on a nearby farm suffering from burn wounds and neglect.

The organisation was on the forefront to assist farmers with injured animals during the recent wildfires in parts of the FS. According to the SPCA, they came across a captive, breeding lion farm on the third day, where they were refused entrance by the owner. After obtaining a warrant to enter the premises, it was clear that all was not well on the farm.

“What we found shocked us to the bone. As we entered the lion camps, we could only see the destruction left behind by the torturing flames. We arrived at the lion enclosures and our hearts broke and our souls wept. We saw that the lions couldn’t escape the blazing fires and the inhalation of smothering fumes were evident. The lions didn’t move. They all laid in one spot with their paws turned upwards. Their fragile bodies were burnt, and their faces carried the devastating scars of the flames of days ago. Three male lions, the supposed to be kings of the jungle in one of the camps, couldn’t stand at all. As they attempted to get up, they simply collapsed time and again. One cannot even begin to comprehend the pain these lions were in,” said the organisation.

The camps were also found to be in a horrible state, with no electric fence and the structure poles having burnt down. The fence was found with several holes but no lions escaped due to being too weak. 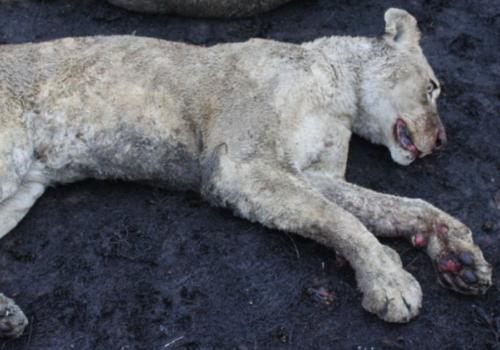 Senior Inspector Reinet Meyer said she has never been this angry in her 30 years at the organisation. “The lion is part of our Big 5 in South Africa. The lion has huge status and as a country, we are supposed to be proud of our indigenous animals, but we have failed them. We have cultivated an industry, legal or illegal, that misuses our animals for entertainment like hunting, bone trade, poaching, circus tricks, cub petting, keeping them in zoos or as pets. This must stop. We should leave these animals to be free in the wild without any human contact, but we have failed that as a country. These lions were held captive. They burned. They were never free.”

A case of animal cruelty has been opened by the SPCA. Members of the organisation are still on the farm to ensure that the lions left on the farm get fed and receive water. 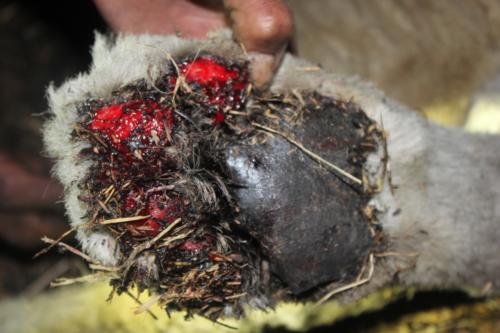