The careers of four winners of the South African Junior Tennis Nationals which ended in Bloemfontein on Wednesday have been given a welcome boost.

Tennis South Africa (TSA) confirmed that the national under 18 boy and girl winner will be awarded a wild card into the main draw of one of the three Digicall Futures weeks to be played later this year.

Meanwhile the under-16 boy and girl winners would also be given wildcards, but into the Curro Junior ITF International  Junior Tournament to be played in Stellenbosch in September.

“We need to make the most of every opportunity in hosting international tournaments in our country” admitted Gavin Crookes, President of TSA.

“I am most grateful to the organisers of the Futures and ITF Juniors in partnering TSA in giving this golden opportunity to our deserved juniors who hopefully will take up the opportunity and earn world ranking points to assist them with their careers,” says Crookes.

Bertus Kruger of Gauteng Central captured the boys under 18 singles title when he upset top seeded Damon Kasaris of KwaZulu Natal 6-2 6-3. An “out of sorts” Kasaris was no match for left handed Kruger in the battle of the Junior Davis Cup teammates. Despite a strong start by Kasaris, Kruger found the important first break of the match at 2-2 in the opening set and dominated. Kasaris in the second set had four break point opportunities which he failed to capitalize on.

“My forehand was on song and I felt confident with my ground strokes. It’s a great feeling to have finally won a national singles title and I hope that I can defend it next year” said Kruger.

Despite having lost her serve in the opening game, Van Eck seeded two, broke back and raced to a 4-2 lead and held on to win the opener 6-2. Van Vreden, seeded four, fought hard in the second set, found the important break of serve in the sixth game and went on to win the set 6-3 forcing the decider. In the final set, both players held serve until the twelfth game when Van Eck found the break to win the set, match and title.

Kruger and Van Eck both earned wild-cards into any week of their choice of the Digicall Futures, to be played in Stellenbosch in September.

The boys under 16 title was won by local Free State hero, Phillip Henning.

Henning from Grey College seeded two upset the tournament favourite Justin Liebenberg 6-1 6-3 and dropped only one set in the five matches played en route to winning the title.

Port Elizabeth’s Kaylin Bouwer had the tournament of her life winning the double. Seeded four, Bouwer upset top seed Angela Georgieva of Johannesburg 6-4 7-5 in the girls under 16 final. The win by Bouwer who shocked top seed Corin De Waal in the semifinals, was her first national singles title. Bouwer also won the doubles title partnering Corin De Waal of Boland.

The Curro ITF wild cards will go to Henning and Bouwer for their efforts.

The under 12 titles went to top seeds Devin Badenhorst  (Gauteng North) and Suzanie Pretorious (Free State). The under 10 titles were won by Jordan Georgieva of Johannesburg and Donna Le Roux of Bloemfontein, daughter of former Rugby Springbok, Ollie Le Roux. 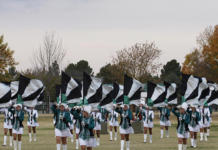 Promotion: Olive Ridge School is Education for the Future! 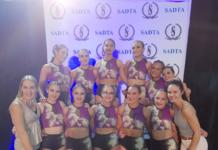